THE IDEA OF INDIA

WELCOME TO MY THOUGHTS, RESEARCH AND IDEAS WHICH ATTEMPT TO DEMYSTIFY THE INDIAN ENIGMA 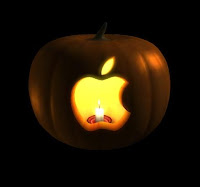 Concept Note
Assessing Poverty Impact of Changing Structure of Labor and Income in south Asia: People in populous economies typically depend upon the rural and
agricultural occupations for a living. No other region as South Asia characterizes this scenario especially during the second half of the last century. Since about a decade and half, the south Asia, especially India is identified as an emerging economy, where the role of rural occupations and farming is fast declining; while contributions from off-farm sectors such as manufacturing, trade and services has increased manifolds. What is less discussed is the absence of concomitant shifts in labor force from rural-traditional and less efficient occupations to urban oriented off-farm and apparently more productive occupations. The speed with which the ‘economic’ and ‘demographic’ transformation taking place in a particular country or a region are important parameters which provide benchmarks to undertake in depth analysis of the labor market mobility, importance of non farm employment, income growth and reduction in vulnerability and poverty.
One of the challenges in Asia is to accurately trace labor market mobility and associated income changes during fast pace of economic growth1. Given that a large proportion of work force is employed in rural-agricultural vocations, it is imperative to understand the dynamics of rural life and survival strategies that people resort to. Further, labor market reforms in the developing societies should be aimed to ensure fair distribution of income from out of expanding domestic product. This demands mechanisms that not only enhance household income but also enables food and nutrition adequacy and improves basic human capital such as levels of literacy; disease free enhancement of life expectancy and socio-culturally peaceful living.
In this context it is useful to undertake research in the many aspects of labor markets and safety nets, which can provide useful policy directions to over come poverty and vulnerability in the (south) Asian economies:
1. The prevailing spatial market and non-market characteristics that exert pull and push forces to both the capital and labor shifting from the inefficient to efficient sectors of the economy needs a careful understanding. Since migration offers upward economic mobility to those in economically marginal areas, the role of rural to urban migration in sustaining household incomes needs documentation. The current trend of development of growth centers either in the form of ‘development corridors’, ‘urban peripheries’ or even the growth of medium and small towns which are promoting non farm employment and higher incomes are important to be explored. There are reverse associations in the form of commutation,market linkages in goods and services, and remittances from urban to rural areas that will add richness to this analysis. Changes in relative income shares in economy, across time and space, from the cultivators, the self-employed, owners and mangers of micro-enterprises and
manual wage labors are useful information for understanding the impact of market based economic growth in countries of focus.
2. Another area of investigation is the asset ownership profile of farmers, agricultural laborers, artisans and tradesmen in the agriculturally progressive versus marginal areas in Bangladesh, India and Pakistan. Given a long history of feudalism in the region, it would be appropriate to document land ownership pattern soon after the Independence, subsequently during green revolution and lastly in the contemporary context of consolidation of land both due to lifecycle/cultural factors and as a response to the needs of modern markets (e.g., contract farming). While cultivable land appears to be the dominant asset, both productive as well as contractual in nature; many human capital enhancing assets such as formal education,
skill development and access to working capital would be denting the importance of land assets. The breakdown of the jajmani system in the region seems to have released a large number of wage workers and artisan from the bondage; but could well have pushed them in penury due to the breakdown of traditional support systems; which then get linked with institutions supporting evolution of safety net mechanisms.
3. The institutional mechanisms, emanating either from public programs and/or market orientations, that cushion and sustain favorable changes in movement of labor leading to higher income and consequent welfare at the household level. The mass employment programs promoted by government, micro-credit schemes, micro-enterprise development and trade union activities are a few such institutional mechanisms that can be explored.

Exploring Labor Market Diversity: It appears that while a number of countries are experiencing fast pace of growth in productivity leading to higher income at the level of markets; gains from such growth have not percolated to the households through the mechanisms of distribution of income and governance. South Asia and a number of countries in Asia-pacific appear under grips of such a costly mismatch; and if not addressed urgently, the emerging income and consumption disparities could lead to social unrest besides pushing many households towards long term inter-generational deprivation. It is therefore important to understand and assess the size of labor force in a dynamic frame of demographic transitions and sectoral shifts in workforce and earnings (income shares) in South Asia. Given large social and economic diversity in the regions, it is necessary to empirically harmonize data definitions, identify country specific socio-cultural determinants of occupation choices and institutional constrains, positive program effects that promote agricultural productivity on the one hand and off-farm employment on the other. The facilitating process of rural - urban labor and market linkages which models household behavior mitigating transitory as well as long-term risk of immiserization needs a careful documentation. This is particularly essential when the agrarian social structure is dominant and rural sector retains often upto three-fourths of the work force; especially when the macro-economic growth has reached a higher level during the last couple of decades.
Posted by Abusaleh at 3:39 PM No comments:

Abusaleh
Abusaleh Shariff is Chief Scholar at the US-India Policy Institute, Washington DC (since 2012) and President, Centre for Research and Debates in Development Policy, New Delhi (www.crddp.in). He Was a Chief Economist at the National Council of Applied Economic Research, New Delhi (1994- 2012). He also worked as Senior Research Fellow at the. Food Policy Research Institute, Washington D C 2008 -10. He was advisor (under a committee setting) to the Indian Prime Minister during 2004-6 and the Ministry of Home Affairs, Government of India during 2010-11 in the areas of inter-state relations and inclusive development policy reforms. Was on teaching assignments at various levels between 1973 to 1994. Was on teaching assignments at various levels between 1973 to 1994. He was nominated to the 13th (Indian) Finance Commission by the Finance Ministry, Government of India.